Saturday was Christmas-tree-putting-up day. Tyler was very excited about this and was thrilled that the new Christmas tree was put together using letters of the alphabet so he could work out which branches went where. The intial decorating resulted in a large cluster of ornaments right at the front, so there was a little surreptitious after-the-event redecorating to balance things out :) 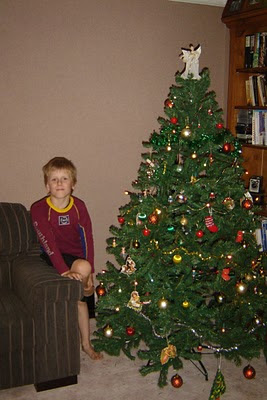 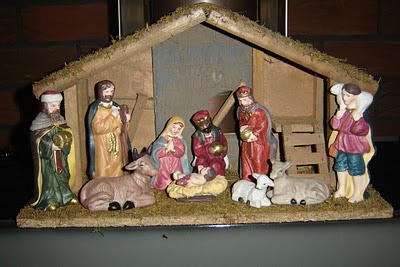 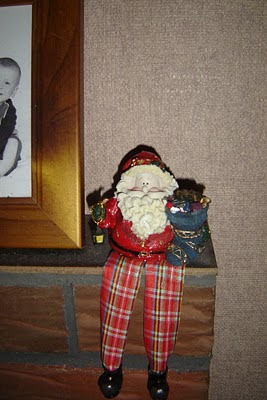 Living round the corner from 'The Christmas Shop' is dangerous to one's purse!

We also have the hanging Advent Calendar going - it has pockets in which I put a piece of paper with a picture of a place or thing for Tyler to go and find a wee treat. He bounces out of bed in the morning and the first thing he says is "Can I go and find my treat now?" He can always tell me how many sleeps till Christmas and we are also counting down the sleeps till school finishes.
Last Friday I sang and played my flute at the SGHS Old Girls Association Christmas function and it was great to catch up with a number of people I knew, including my first music teacher at Girls' High, Mrs Doris Scott. On Sunday was my singing teacher's end of year recital - she has mostly school-aged pupils but she asked me and another adult student (my singing buddy Ruth) to come and perform too, because she wanted the younger ones to see what they could aspire to. No pressure then! I had my first performance of In uomini, in soldati and it wasn't too bad (even making up two lines worth of words on the fly).
The next singing engagement is on the 19th at the Basilica where I will be performing the 'Echo Aria' (Flost mein Heiland) from Bach's Christmas Oratorio complete with continuo and oboe. Really looking forward to it.
Chris is busy finishing of the outside tidying up and flossying, which has included concrete curbing round the edge of the garden and has given it a really nice finish. He had a good day at softball on Saturday, making one huge hit which got 2 of his team home and him onto second base, and taking several really good catches. I asked him how much softball he'd played before last year when he joined the Wallacetown team and he said, "Well, none really". He looks like he's been doing it since childhood. Irritating for those of us without a co-ordinated bone in our bodies.
Posted by BellaDiva at 21:04

Email ThisBlogThis!Share to TwitterShare to FacebookShare to Pinterest
Labels: Christmas