I'm baaaaack! Let's just tacitly agree to ignore the fact that the return is some 3 months later instead of the following week. Thank you :)
Ok so bad mother that I am I did not take any pictures of Tyler's birthday! In my defence it's because we were having so much and I was busy DOING stuff.
Highlights from the last few months:
Tyler went on his first school skiing trip. Chris went too as parent-helper. It was lovely day and he enjoyed it but I don't think he has a burning desire to spend his winters skiing. Our bank balance rejoices. 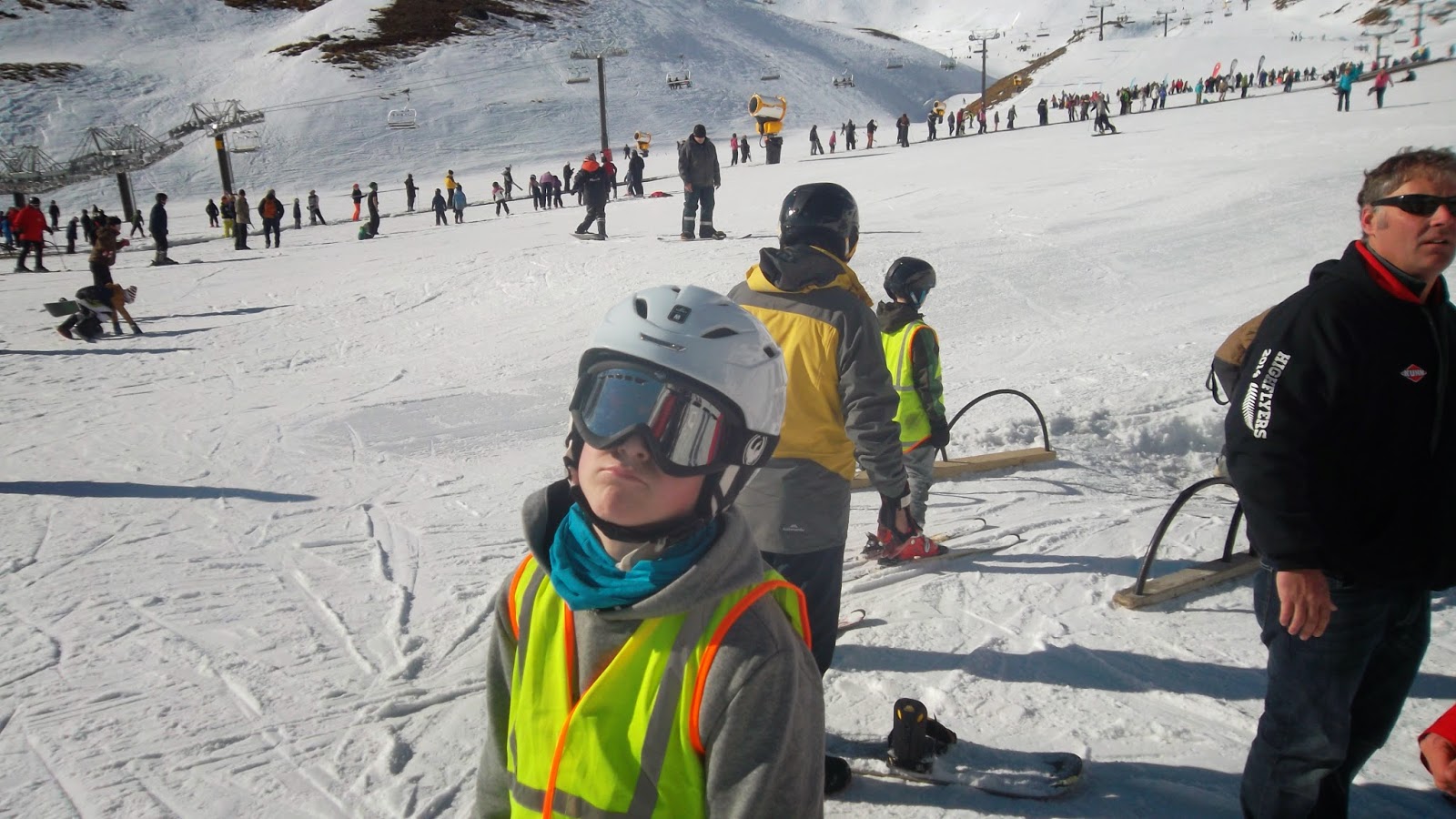 He started playing basketball in a school team and is enjoying it. The team are all new at it so they're a bit like headless chooks at times but very enthusiastic chooks. 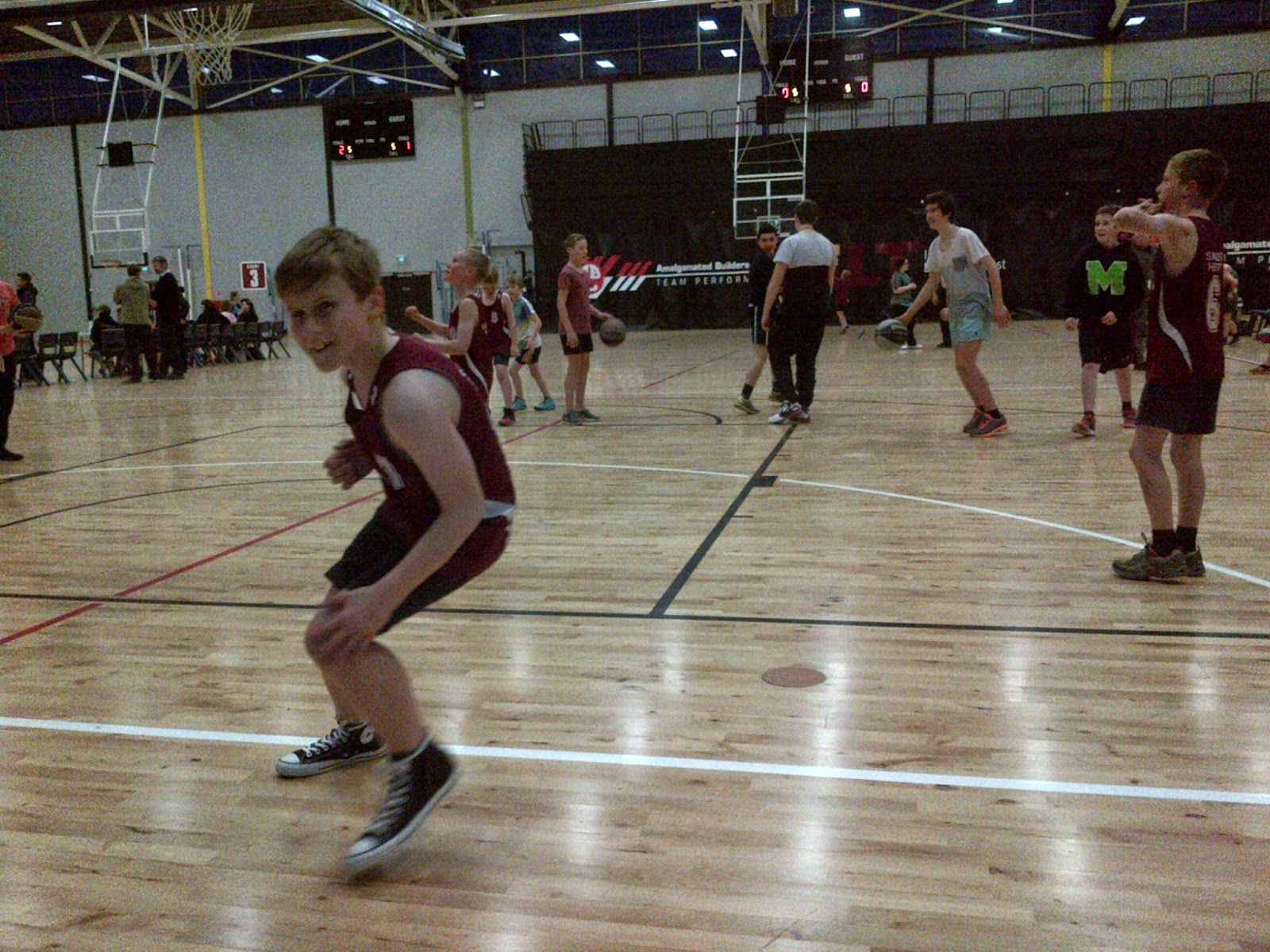 Player of the Day 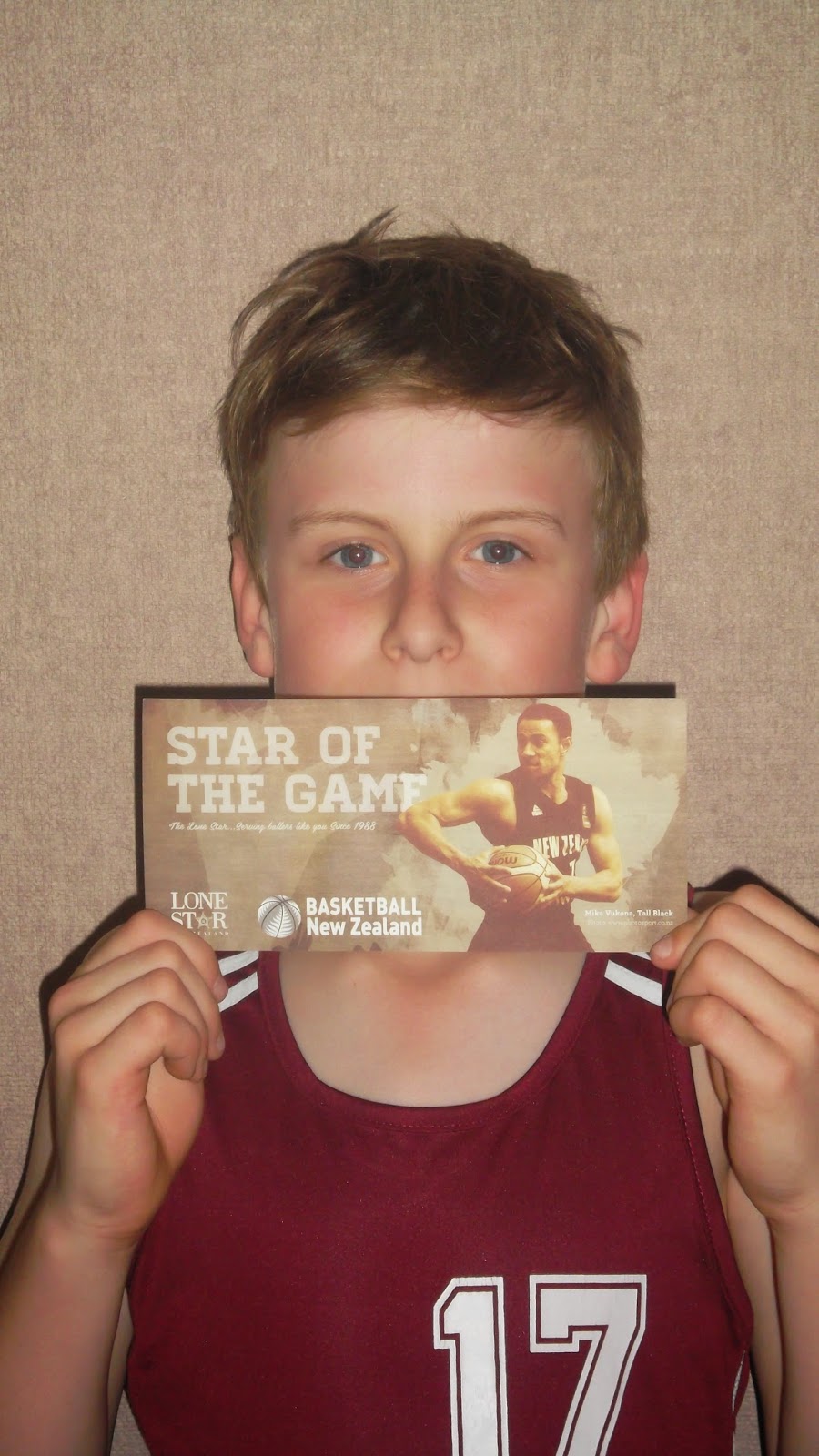 He's back into softball. This year he is in the Wallacetown U13 team as his skills are sufficient for him to be there despite being only 10. 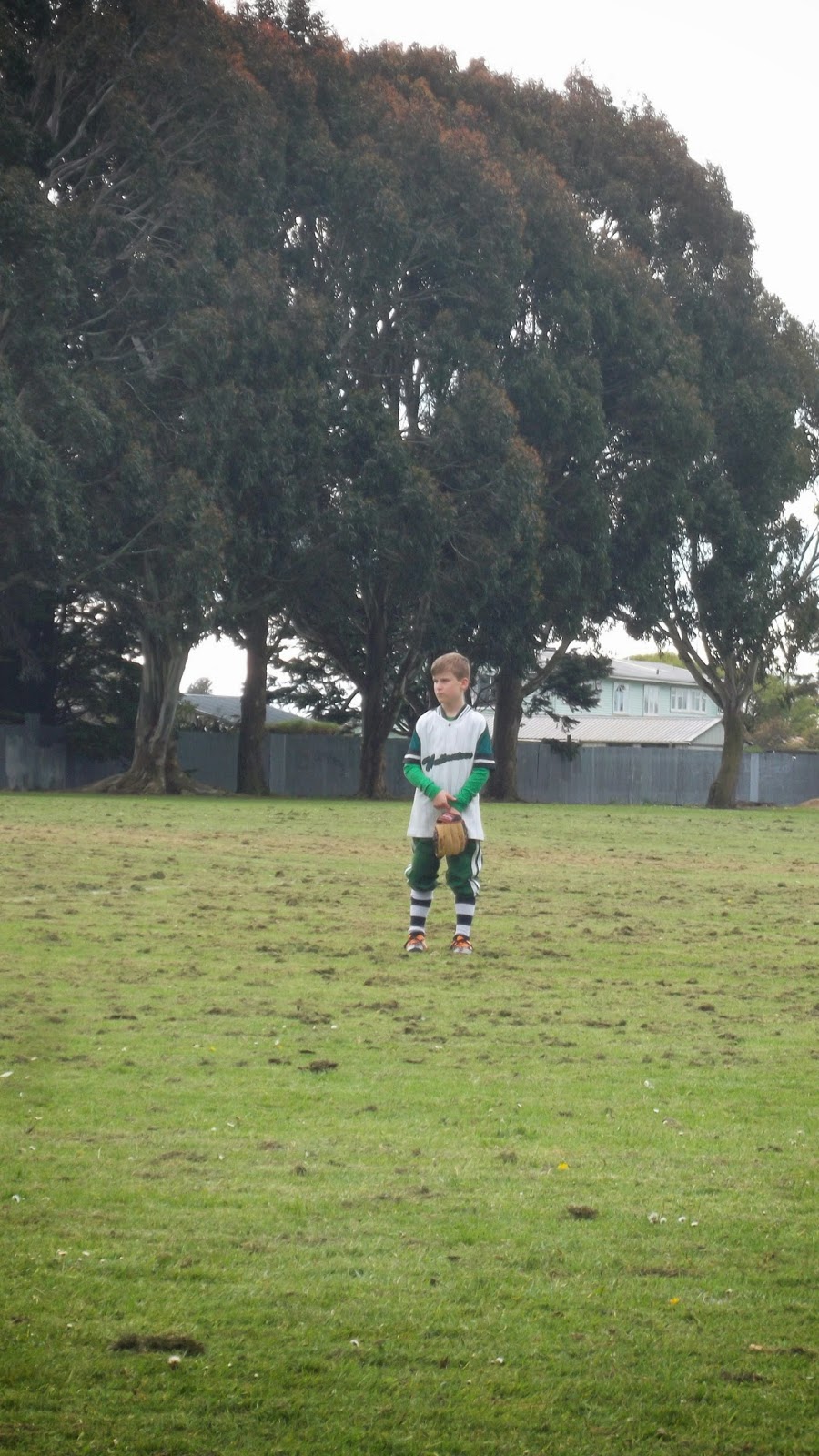 Of course all that running around (he's also still doing waterpolo, touch and swimming lessons) means that a boy and his Dad need a bit if a nana-nap on a Sunday afternoon. 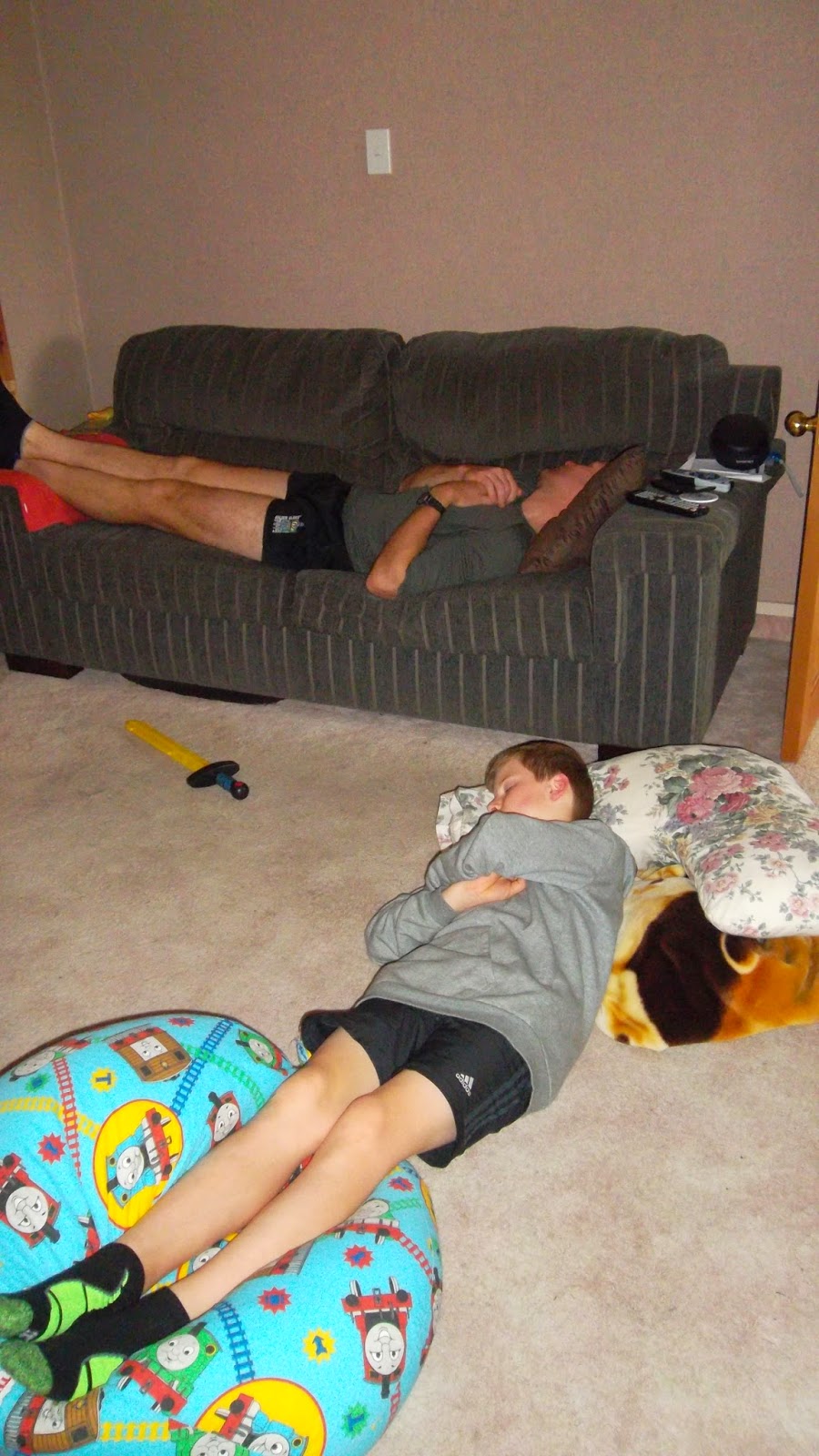 Last night his class and 2 others had a sleepover at school. It was supposed to be a campout in tents but the weather did not co-operate although the toasted marshmallows still made the cut. Unfortunately he was feeling a bit crook so I got a call late evening to go and pick him up. A good sleep-in has left him feeling a lot perkier this morning and softball has been cancelled due to the rain, so a nice lazy day for us all.
So what else? Chris has a great trip to South America. The Stuffed Hawks won all their games, he ate loads of enormous steaks, saw a lot of interesting sights and most importantly brought home lots of prezzies for us :)
Stretching before a game - looks like it hurts a bit - those legs aren't getting any younger. 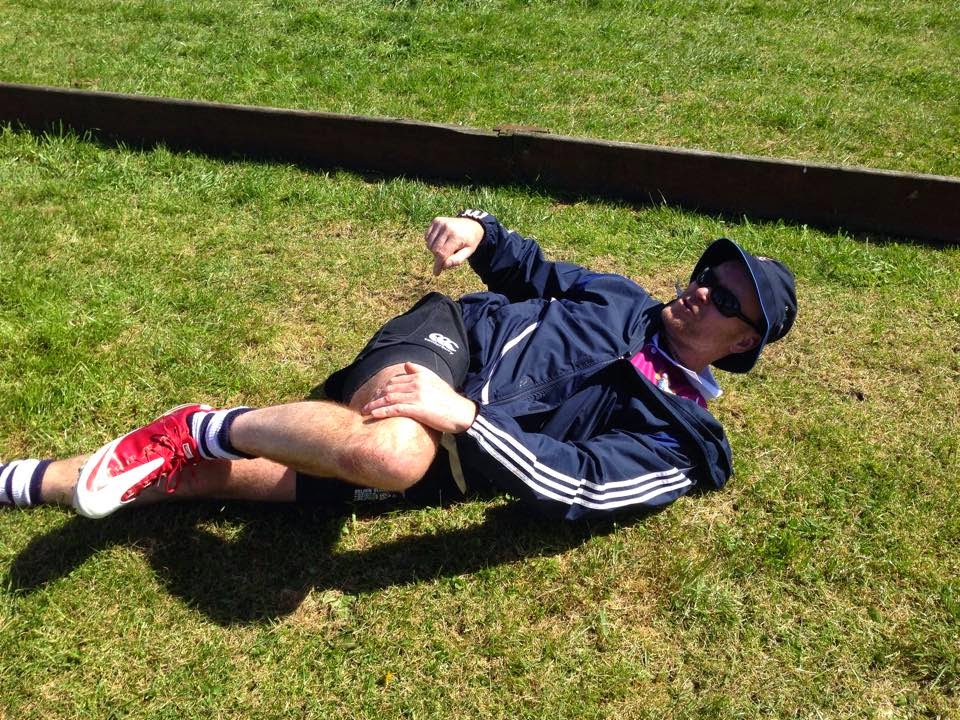 Typical tourist shot in front of the famous Christ the Redeemer statue in Rio. 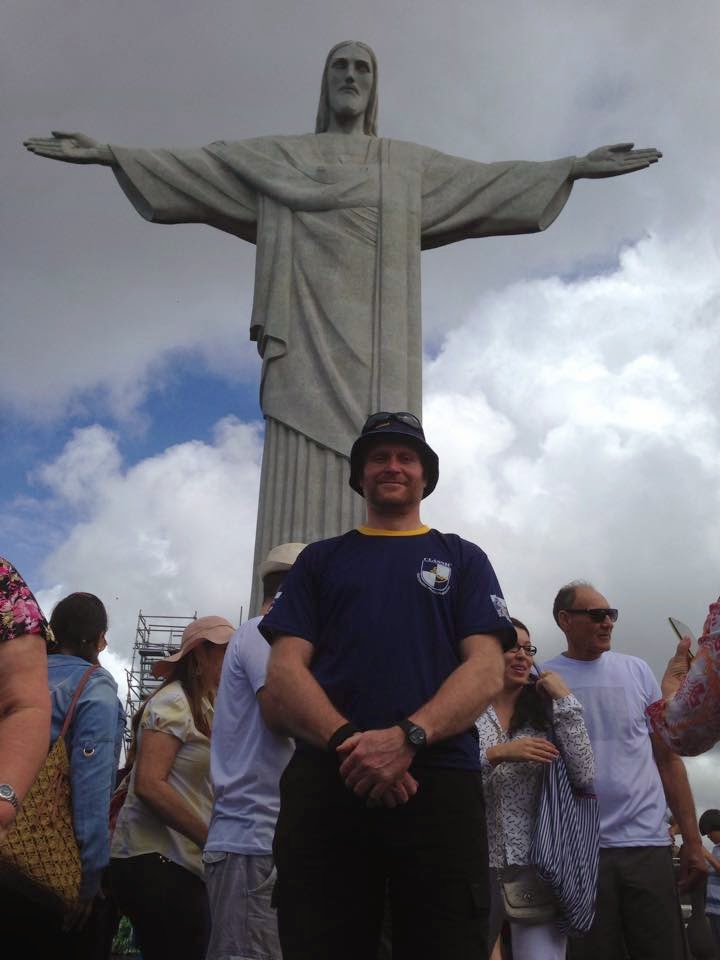 I am still doing lots of singing - two more major concerts to go before Christmas. The first is on 7 December (the day after my work Christmas party - not good timing) with A Capella Singers where I have duet and a solo in the Saint-Saens Christmas Oratorio and then the following weekend a concert of Bach & Handel where I am singing 'Let the Bright Seraphim' complete with chamber orchestra and solo trumpeter. Am excited and terrified in equal measure!
Hard to believe there is only 3 weeks of school left for Tyler and then Christmas will be upon us.
Posted by BellaDiva at 10:21 No comments: