My goodness we've had some amazing weather recently! Makes it very hard to work in an office. Saturday was the annual Santa Parade and although it rained in the morning, it had stopped in good time for the Parade, and it was very warm. Tyler ran into a little boy in his class so they watched the Parade together. T was most impressed that Mrs Claus was in the sleigh with Santa. 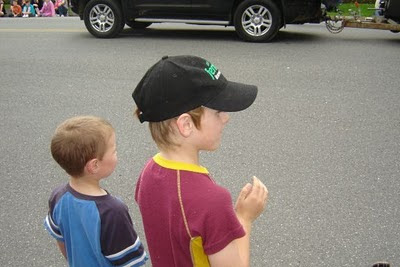 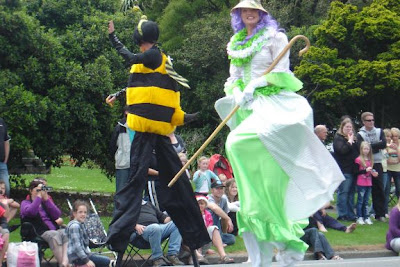 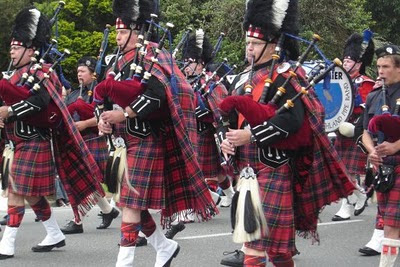 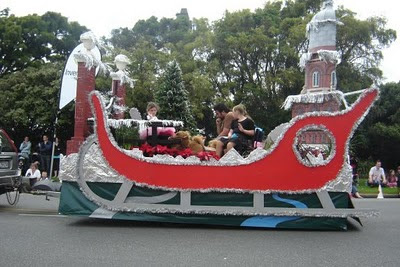 Sunday was a scorcher, so we took our newly-acquired jetski out to Oreti River and blatted around on that. Then we tied the biscuit on a first Tyler, and then Tyler and I together hurtled around. Tyler wasn't content with level of bumping over the wake and actively tried to make the biscuit jump, shouting Yeeehaaah! all the while (while his mother on the back was just shouting fullstop).


Sunday night was the last A Capella concert for the year. We did the Mozart Coronation Mass and my singing teacher Rebecca Ryan was the soprano soloist. She also did Mozart's Alleluia (which she casually handed me the music of the other day and said "I think you should look at that". Eep!) I had a small solo bit in one of the carols we sang in the second half and it went OK. The Mass itself rocked and we were all on a high at the end.

Every Wednesday Tyler plays touch and last week he was awarded the Player of the Day trophy. He was very proud (as was Chris who helps coach and ref). 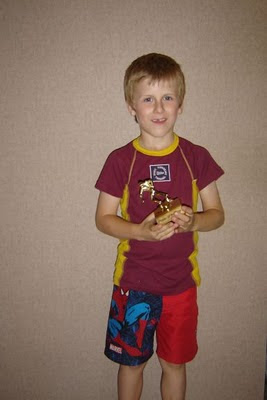