Apart from the earthquakes we had a lovely relaxed holiday, including a couple of days in Te Anau (where I nearly buggered the jetski propeller, but we won't talk about that).  I also had a day visit to Dunedin where I caught up with a singing buddy, currently over from Australia, and had another session with my SLT.

New Year's Eve was spent at a friend's house nearby with a barbecue and table-tennis. Quite a challenge seeing the ball as dusk falls!
Tyler and I have been to the movies to see 'Puss In Boots' and 'Hugo' in 3D (beautiful movie) and amongst all the relaxation I managed to knock off a few things on my To Do list, to whit:
Tomorrow I tackle the office - send a search party if I haven't surfaced by tea-time. The problem with tidying the office is that it involves sorting and tidying music and inevitably I find little gems that I had forgotten about and just have to try out. Six arias, two etudes and a flute sonata later.....
A couple of photos to finish:
A hole in the road with liquefaction just after the 6.0 earthquake on the 23rd 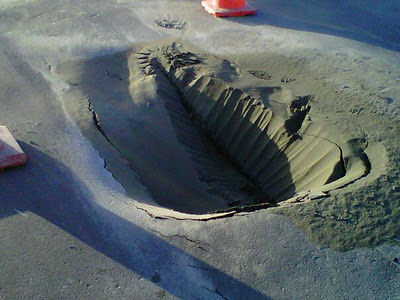 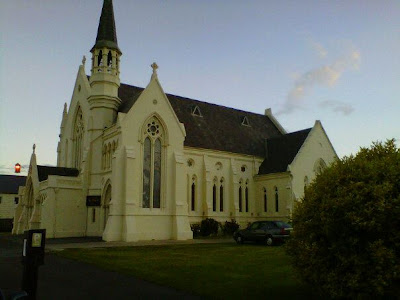 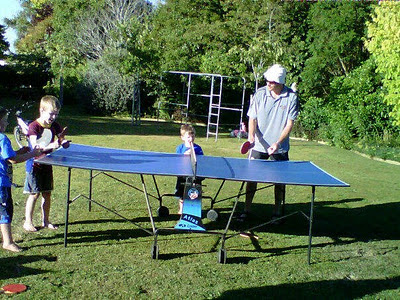